Tarsal Coalition is a developmental condition in which there is an abnormal connection between two or more of tarsal bones. Tarsal bones are calcaneus, talus, navicular, and cuboid bones that help in proper functioning of the foot.

Tarsal coalition can occur across a joint between talus and calcaneus (talocalcaneal coalition) in the foot or between calcaneus and navicular bones (calcaneonavicular coalition). An abnormal growth of bone cartilage and fibrous tissue causes pain and decreased range of motion of foot. It is an inherited disorder and occurs as a result of failure of differentiation of the cells that form tarsal bones during development of the fetus in the womb, infections, arthritis, or injury to the area. Your child will not have symptoms until 8 –16 years.

The symptoms of tarsal coalition may vary between each child and include the following:

Your doctor may ask you about your child’s medical history followed by which a physical examination is done and an X-ray of the foot is taken. Other diagnostic tests such as MRI and CT scan are done to confirm the diagnosis and rule out other associated abnormalities.

Several non-surgical and surgical treatment options are available for tarsal coalition. The objective of non-surgical method is to relieve pain and muscle spasm. Conservative approach includes custom made orthotics such as shoe inserts may be recommended to support the affected joint. Cortisone injection or an anesthetic injection gives temporary pain relief. Anti-inflammatory medications are given to reduce pain.

Your doctor may recommend surgery if pain persists even after conservative treatment. Surgery depends on the type, site of coalition and whether arthritis is involved. If there is no arthritis, surgery involves resection of the union between bones thereby allowing normal range of motion to occur. In some cases, surgery involves fusion of the affected joints so as to limit the range of motion and reduce pain.

After the surgery, a splint or cast may be recommended along with crutches to immobilize the foot and to prevent the foot from bearing weight while the healing happens. Your child can perform certain exercises that will help to restore the normal muscle tone and range of motion. 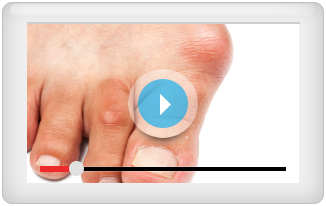